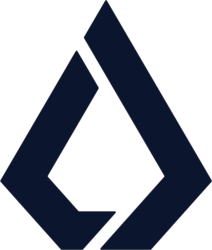 The lowest price of the Lisk is $2.03 & the highest price is $2.53 in the last 24 hours. Live Lisk prices from all markets and LSK coin market Capitalization. Stay up to date with the latest Lisk price movements. Check our coin stats data and see when there is an opportunity to buy or sell Lisk at best price in the market.

Lisk is a blockchain application platform, founded by Max Kordek and Oliver Beddows in early 2016. Based on its own blockchain network and token LSK, Lisk will enable developers to build blockchain applications and deploy their own sidechain linked to the Lisk network, including a custom token. Thanks to the scalability and flexibility of sidechains, developers can implement and customize their blockchain applications entirely.Lisk aims to make blockchain technology more accessible with a SDK written in JavaScript, special focus on user experience, developer support, in-depth documentations and the Lisk Academy. The Lisk network is operated using a highly efficient Delegated Proof of Stake (DPoS) consensus model, which is secured by democratically elected delegates.Lisk, headquartered in Zug, Switzerland, raised over 14,000 Bitcoins in funding during its ICO (Initial Coin Offering), making it valued at over $4 billion at its peak.Lisk is an open source blockchain platform which is powered by Lisk (LSK) Tokens that allows developers code decentralized applications (dApps) in JavaScript programming language. With Lisk, developers can build applications on their sidechain linked to the Lisk Network, and also with their custom token. In that sense, Lisk is similar with the Ethereum blockchain. However, the Lisk platform hasn’t been built to create smart contracts, but to develop diverse apps and functionalities using the LISK AppSDK framework.It is a modular cryptocurrency as this coin involves ‘modules’ that serve as the basis of its design and construction. The overall design is its trump card - the Lisk system allows anyone to use its ‘designing blocks’ to construct their own decentralised apps. It utilises "sidechains". Besides, many former members of Ethereum core members joined Lisk. On June 8 2016, Lisk CEO Max Kordek announced the addition of Charles Hoskinson (ex-CEO of Ethereum) and Steven Nerayoff (ex-advisor for Ethereum) as Senior Advisors of Lisk, to facilitate Product Development.

Are you happy with what we offer? Live prices of 1000+ coins in no time. Would you mind donating a little to help us serve you better?

Do you have Cryptocurrency? Buy or Sell instantly at the best price now.
BUY / SELL